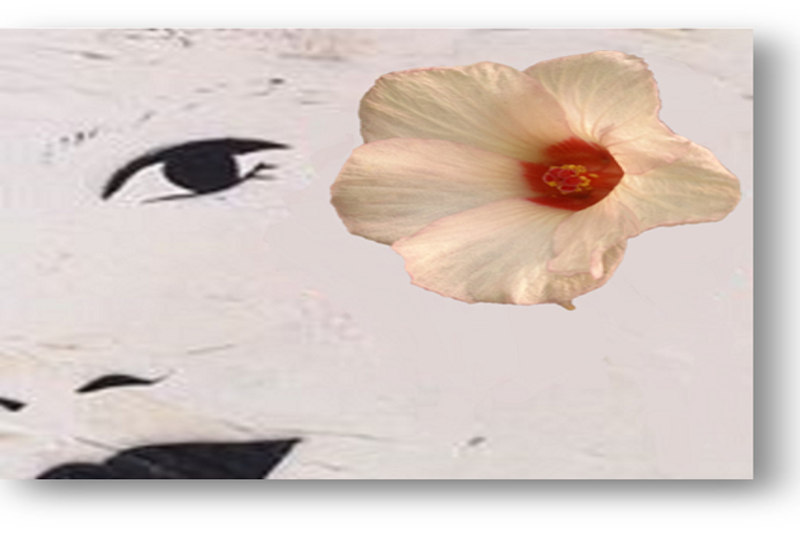 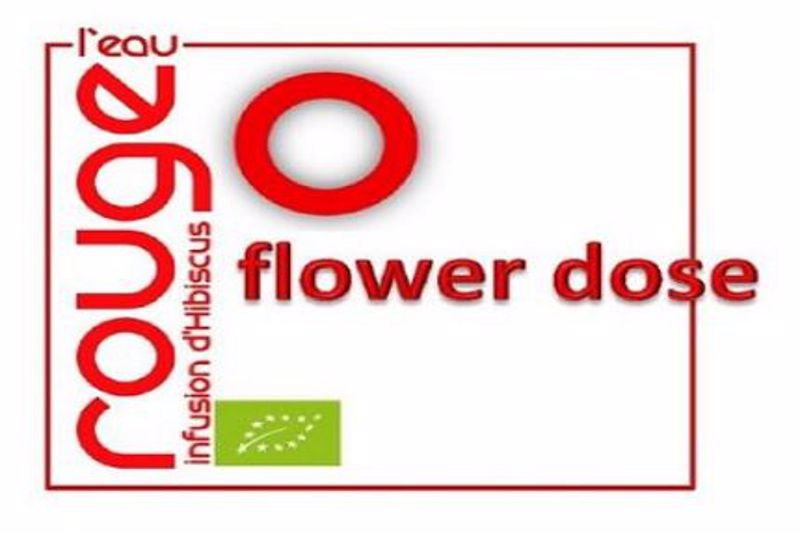 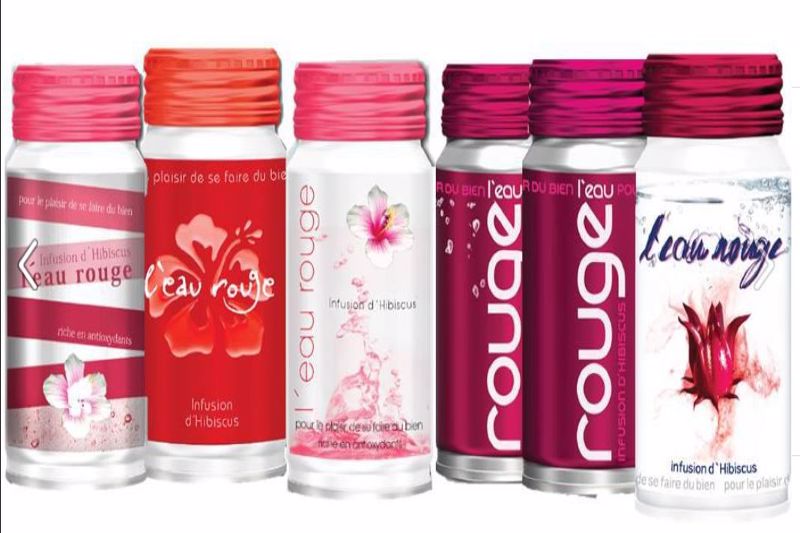 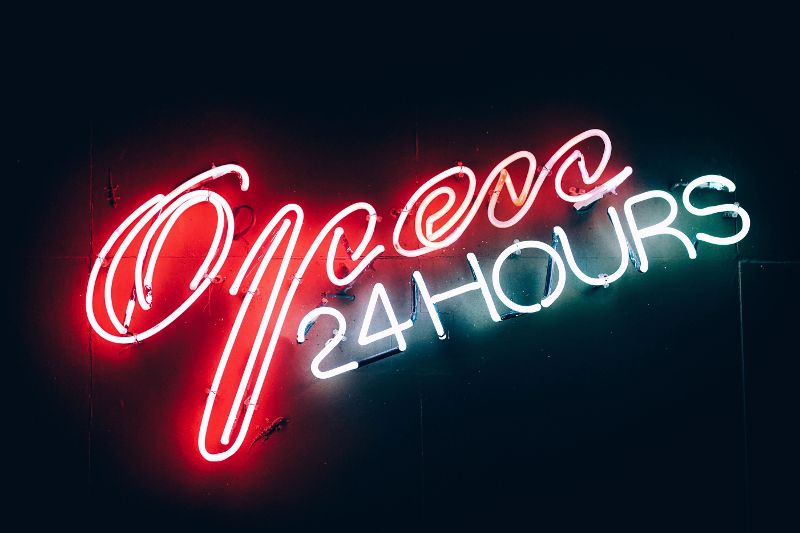 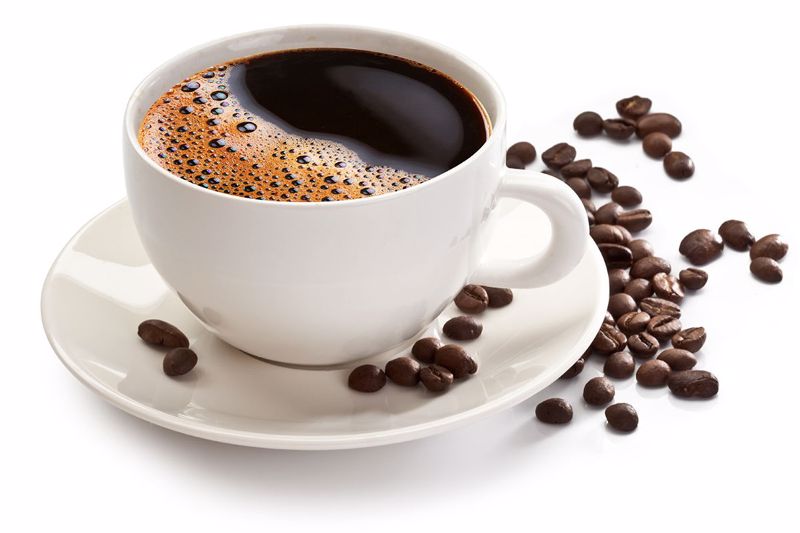 L'Eau Rouge is a reflection of the state of mind, the philosophy and the concept developed by our teams working for l’Eau Rouge.

From our childhood in Africa, where our mother was a teacher, I remember that my younger brother and I were not entitled to the traditional mint green tea, because we were already pretty rowdy without it. Also our nanny was preparing a drink from his native country: Egypt.

The name of this infusion, it was repeated several times very quickly, to laugh very loud breathless: karkade. It was very hot, even hot, it was a real challenge to drink it that way, it was monstrously sweet, but it burned calories by the ton, it was red like "dragon blood" and it was good as liquid jam.

And then the karkade went off into the trunk of memories, like grenadine milk and French toast. Random encounters, a life full of fantasy, I wanted to hear again the laughter of karkade and regain the taste of this childhood full of sunshine. Fresh water, hibiscus flowers and a little less sugar than in the ancestral formula and this preparation was a revelation. I decided to share this recipe, to bring to the greatest number all the benefits of the infusion of Hibiscus.

More than a new 100% ORGANIC drink, all the teams wanted to develop a new concept of well-being and to live well. From the production, the marketing, through the marketing, all the teams of l’Eau Rouge en Switzerland, Belgium and France wanted to highlight new and original initiatives developed around the protection of the environment, fair trade, the state of the planet, well-being and good living together.

Popularize the infusion of Hibiscus® with the brand l'eau rouge® to make its benefits accessible to the greatest number of people.

To develop the brand and the product according to the consumption habits of each country.

Who better than a country director, living in the country and knowing the habits can meet these requirements? We want this process to be - in all countries - closer to our consumers.

Thus, each company will develop its own distribution network according to different modes of consumption: distribution in specific and targeted locations, sales and distribution also on the Internet, the opening of a sales site in each country allowing a better proximity, a delivery fast carbon footprint!

The refreshing benefits of ®L'Eau Rouge have no contraindications. It can be drunk without restriction.

The health benefits can be consumed daily, the toning and refreshing qualities of the cold, for its warm and soothing digestive qualities.

The intrinsic quality of ®L'Eau Rouge in terms of health (consumer but also producer who are not not in contact with chemicals for herbicides), respect for the environment, sustainable and ethical development, that the summits of agriculture, food, culture and partners present in Africa for over 20 years in Bio Equitable are attached to this project led by L'Eau Rouge®

To reconcile food consumption, health and environmental protection while influencing a more ethical and economic system overall for intergenerational equity.

We strive to meet the sustainable practices of production to recycling.

We are determined to offer you a drink that, beyond its taste, its color and its benefits, can also reconcile food consumption, health and respect for the environment while respecting an economic system more social, more ethical, and more respectful of man and the environment.

We strive to respect sustainable practices from production to waste recycling.

The production of Red Water® must respond favorably to all stages of the circuit below.

Needless to say how shocked we are to see this 7th continent born in our oceans.

A continent composed only of plastic waste. And if we made a 100% vegetable plastic? 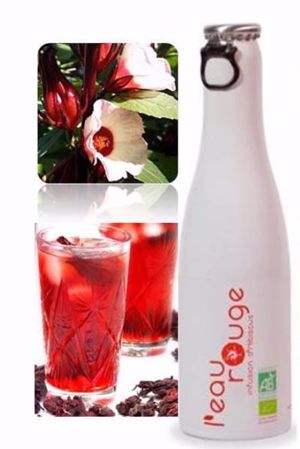 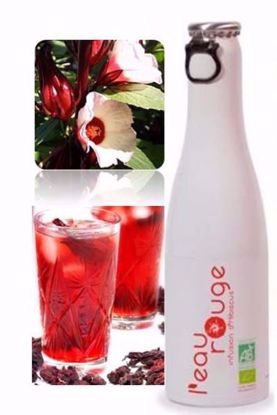